A pilot of a commercial airliner made a mistake that irrefutably PROVES the existence of “CHEMTRAILS” — by forgetting to turn them off before he landed!  We have video of the plane landing while still spraying CHEMTRAILS as it hits the runway.  This is the first empirical evidence to back-up claims made people, smeared as “conspiracy-theorists,” who claimed airlines are being used by government to spray aerosols into the air without the knowledge or consent of the people being sprayed.  With proof like this, the public now has legal standing to file lawsuits, utilize subpoenas and force discovery of evidence.  The 1 minute blockbuster video appears below.

Now THAT’S wearable tech! Onesie comes with built-in Wi-Fi (but you won’t be able to wash it) 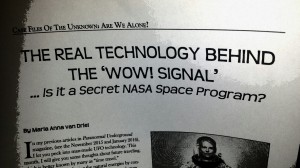 Forget smartwatches and Google Glass, you can now turn yourself into a walking Wi-Fi hotspot with this high-tech onesie.

The BB.Suit is built using a mix between a circular knitting machine and 3D printer in which copper wire is woven inside layers of cotton.

This wire is then connected to Wi-Fi, Bluetooth and GPS chips built into the fabric, while batteries and processors are hidden inside built-in pockets. 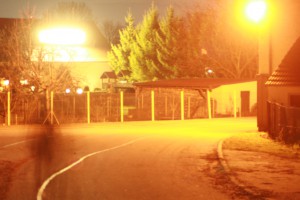 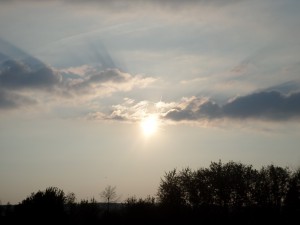 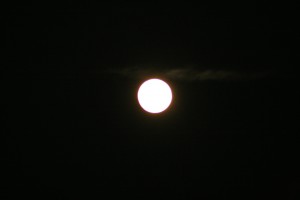 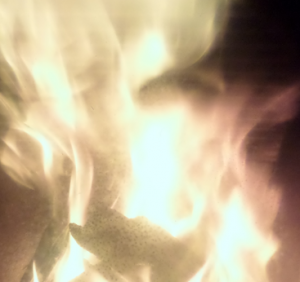 Still waiting for the truth about our world suppressors?

Let me give you the first step into a secret knowledge which is being denied to avoid that you can develop yourself into a free human being which has the power to produce ‘Free energy’ to heal.
Unfortunately the human mind isn’t capable anymore of cooping with whole reality at once by means of today’s technology, therefore the truth will come to you in parts. 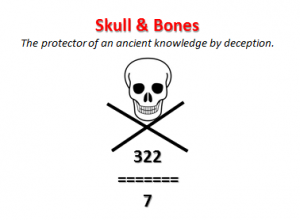 Those who have the patience are the noble ones.

Those who have the courage of looking to the image of the reflection, are the noble ones.

Those who are humble instate of noble, are the true keepers of the source,

a source which is hidden in the reflection of the humble ones.

Mind and behavior control for political purposes is a fact these days.

The world leaders is keeping the global population in a state of hypnotics by using and attacking the liquate crystals in in the human body what can be found in every component of our body, from DNA to cell membranes to muscles.

Charging these  liquid crystals by means of the ‘piezoelectric effect’ (which is most accurate only at low frequencies), means that the brain is getting artificial charged through the bones.

By using the spine as an antenna, artificial electric impulses can be sent to the brain and the pineal gland with an outcome of letting it think that it is a natural chemical reaction.

This electrical impulse will not see by the brains as alien thus it will not reject additional thoughts and behaviors because our brains are extremely vulnerable to any technology which sends out ELF.

With this kind of organic based technology people can kept in control without their knowing, even physical and mental diseases can be created by pumping up the volume of the ELF’s and EMF’s.

And knowing that science today can manipulate most of Mother Earth’s resources it is not to be ruled out that they can do the same with ELF radio waves which are generated by lightning and natural disturbances in Earth’s magnetic field.

Scientists searching for another Earth-like planet beyond our solar system announced a major breakthrough this week: NASA’s powerful Kepler telescope has detected a planet that appears to be roughly the same size as Earth, with temperatures moderate enough to potentially support life. Dubbed Kepler 186f, the planet is one of five found to be circling a red dwarf star located in the constellation Cygnus, some 500 light-years away from Earth.

Launched in March 2009, the Kepler space-based telescope completed its initial mission in late 2012, after which NASA officials quickly approved a three-year extension. By aiming a 95-megapixel camera at a small patch of sky, the telescope monitored the light from 160,000 stars (out of some 4.5 million detectable), seeking the slight dimming that occurs when a planet passes in front of a star. Using this technique–known as the transit method–the Kepler mission has so far discovered more than 950 confirmed planets.

The latest findings using Kepler data, reported this week in a scientific paper published in the journal Science, are some of the most remarkable yet. Out of five planets circling Kepler 186, a red dwarf star about half the size of the Sun located in the constellation Cygnus, four are orbiting extremely close to the parent star, making temperatures too hot for liquid water to flow at their surfaces. The outermost planet, however, is inside the so-called “Goldilocks zone,” where temperatures are moderate enough to sustain liquid water rather than ice or vapor at the surface–a necessary requirement for supporting life as we know it.

Artificially created blood could one day replace donations as the norm for blood transfusions.

That’s according to researchers at the University of Edinburgh who have been using stem cells to create red blood cells.

And in 2016 they are planning to conduct a groundbreaking trial that, for the first time, will test artificial blood made from stem cells in patients.

The £5 million project is being pioneered by the University of Edinburgh and comes after years of research into growing red blood cells.
The process involves using adult skin or blood cells that have been genetically modified into stem cells, known as induced pluripotent stem (iPS) cells. This is what I saw a view days ago when I was sitting in front of my home. 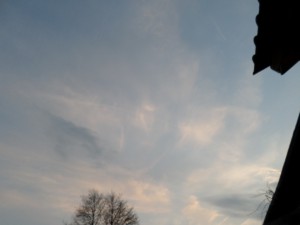 Once I heard a professor say that when life forms from outside our galaxy would visit us they probably would be hostile because it would be a primitive form of life.
He was convinced that WE on this globe have more advanced technology that life from another planet or universe.
My rhetorical question was; “Thus when you have the knowledge and capability to travel through space which is vacuum and even have the capability to enter and to survive two rings of high radiation (Van Allen radiation belt) before you can reach the earth surface means that you are primitive?”

If we have visitors from outer space it will be a life forms in a way of;
A unmanned vessels (drones),
B bacteria that can coop with extreme heat,
C creatures that were evolved in a chemo-synthetic process

His answer was; “When bacteria from outer space can reach the earth surface is survived the Van Allen radiation belt with a possibility that an accelerated evolution had take place before it hid the ground you and I are walking on.
The possibility that a second evolution will take place by means of using the different element in the polluted atmosphere you and I are breathing which means that an unnatural chemical reaction takes place.
Like a sibling it will copy our behavior, when it entered the Van Allen radiation belt what contains a high level of radiation it will be stronger and faster but with a hunger for blood.
Strange creatures are reported all over the world thus could it be that an alien invasion already had occurred but through the daily distraction that is throwing at us we do not see this?
When we meet this kind of extraterrestrial life, we are looking in the eyes of our past selves that is trying to survive in a way we forgot.
Therefore, if we are being visit by extraterrestrial life it will be primitive and hostile.”

Different kind of species that can have evolved outside the galaxy we are swirling in were the next 45 min of the discussion.
The philosophical conclusion, we agreed both to be right about unicellular life-forms and evolved life-forms.
The only thing what could be proven during our conversation were the chemical elements.

Let’s think a bit in the devises we know are built on this planet, like H.A.A.R.P. and WOODPECKER.
What if these devises can shoot coded photons into the atmosphere, reach Van Allen radiation belt and can find a way back to the earth-surface.
Could it mean that this technique can create a hostile alien invasion based on our own DNA information?
Scary isn’t, that a small thing like coded photon can create such big and deathly event?

People WAKE UP and start to recognize your history, start to see what lies hidden beyond the initial frequencies of the 2D images you have taken for real life.
All those devises like H.A.A.R.P., WOODPECKER and GWEN towers are giving you ‘Brain Fog’ meaning that you can’t see what is really happening in the world.
WAKE UP and see the ‘Silent war’.

Forget pounds and ounces! These smart scales instantly tell you how many CALORIES are on your plate

Two inventors from London created the scales, which show the nutritional content of food on an iPad as well as tracking the calorific content of people’s meals.

Google healthcare? Boston hospital is first to use Glass technology to treat patients despite privacy concerns

Medics at Beth Israel Deaconess Medical Centre are using the controversial eyewear to keep their hands free, which they see as the ‘holy grail’ of hospital technology.

How tech is revolutionising the prosthetics industry: 3D-printed limbs and hands controlled by apps becoming mainstream

The state-of-the-art centres in Glasgow and Edinburgh are using 3D technology and gait software to give specialist treatment to military amputees and veterans.

Would you let this terrifying ‘robotic snake’ slide down your THROAT to perform surgery inside your body?

Carnegie Mellon University and Medrobotics have made a surgical robot snake that could be used for heart, neck and throat operations.

It’s official: The maps that reveal iPhone owners live in affluent areas, while Android is for those in poor parts of town

These new maps reveal that in the world’s biggest cities, those in affluent areas are far more likely to own Apple’s iPhone, while those in lower income areas almost always own an Android handset.

Researchers have found a way to make trees self-destruct under mild conditions. This will make plant life easier to break down into paper and biofuel.
[Top]