Today, anno 2020, I may say with pride that I am the founder and owner of The Next Truth magazine what has become international within one year and is focusing on an academic trained audience, citizen scientists and those who have an indomitable curiosity for scientific explanations concerning topics viewed, and thought of, by the majority as myths.

Also, since January 2020, The Next Truth saw the opportunity to take the next step and expand with a second bi-monthly magazine, “Young People Science”. And since recently, The Next Truth has found the possibility to create a flipbook for anyone who is interested in the incredible stories and research conducted by scientists and citizen scientists, but is not in the position to purchase a print version of the magazine.

Working in the midst of world-renowned scientists as well as speaking with citizen scientists who are conducting amazing research in their own field of interest and specialize their already possessing skills even more…it is a true honor having the opportunity to be a part of this all and to see the progress you have made.

But I couldn’t have said the above if I didn’t had the one person who had the courage to publish my very first and extremely bad written, article in her magazine (Paranormal Underground Magazine) in 2015. What where you thinking Cheryl !! 😂

However, the moral of my words is; when you start to find yourself climbing out of a crazy jungle and looking over the surface of the tall grass into a direction in where your goal is getting clearer, never forget those who backed you up. We all started at the bottom and worked ourselves up with the help of others.

Once Cheryl-Knight Wilson was my teacher, editor and, if I may express it that way, my boss. Today she is my colleague magazine. 😊

Many, many thanks Cheryl taking me in back then and providing me the change to refine my witting skills.

For your connection to paranormal realms: https://paranormalunderground.net/

Holy (bleep)! … I just scrolled through the statics of the website of ‘The Next Truth’  and saw the statics;

People, this is really amazing! … Thank you all for you interest, reactions and sharing. 😀

Keep mailing all your comments and suggestions because 10 more articles and several interviews are already laying on the editors desk which will let you peek into e.g. Ancient Egyptian Technologies, Alien life-forms on our planet, 3D Quantum Holographic projections and a mind dazzling idea concerning phoning the past.
So stay tuned and let your mind wrap itself around these galactic puzzles and paradoxes.

At 1 hour, 39 minutes and 26 sec you can hear Warwick’s Physics Professor and Ph.D. Bill Murray speaking on dark matter, time-tunnels and extra dimensions.
(Turn up your volume for the very nice intro from Cheryl Knight-Wilson, editor of Paranormal Underground Magazine) 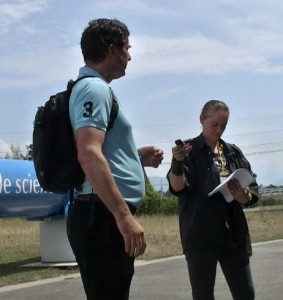 Visit us at www.paranormalunderground.net to read Paranormal Underground magazine!

In this episode of Paranormal Underground Radio, we talk with Krystle Vermes, paranormal enthusiast, blogger, and podcaster.

Krystle is a professional writer with a background in online and print journalism. Her passions include everything tech, sports, and the paranormal. And when she isn’t freelance reporting, she’s running her paranormal blog, GetSpooked.net, and podcast, All Day Paranormal.

Advertisers (Please check out our advertisers and tell them Paranormal Underground sent you!):

Visit us at www.paranormalunderground.net to read Paranormal Underground magazine!

In this episode of Paranormal Underground Radio, we talk with Nicole Strickland and Ali Schreiber, researchers with the San Diego Paranormal Research Society. SDPRS is a non-profit paranormal investigation team based in San Diego, California, and during the show we discussed new evidence Nicole and Ali captured at the haunted Queen Mary in Long Beach, California, and the Rancho Buena Vista Adobe in San Diego, California, where SDPRS team gives tours. Nicole also filled us in on her presentation at the 2017 Oregon Ghost Conference, titled “Children and Paranormal.”

The March issue of Paranormal Underground Magazine is online available for those who love the paranormal, have questions about it or are just curious about what other investigators experiencing.

For this issue I recommend those people who are dealing with toxic situations or people, to read the article of Karen Frazier “Dealing with Toxicity” which you can find on page 40.

For those who like to hear Karen speak about how to detach themselves from dark/negative energy, I recommend the broadcast of Paranormal Underground Radio of 27 January 2017. 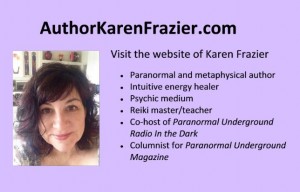 In this issue of Paranormal Underground magazine, we spotlight Mississippi Paranormal Research Institute and alien phenomena investigator Ryan Sprague, as well as paranormal authors Flora Dare and Michelle Pillow. In our Case Files of the Unknown, we feature haunted Ashmore Estates, a new report on extraterrestrial and NHI (non-human intelligence) contact, and haunted Cheesman Park in Colorado.

We also take a look at UFOs, mediumship, and the paranormal; how one skeptic learned to love a psychic; how to eliminate toxic energy from your life; and how one shaman was led to his calling by the spirits.

Also in this issue, don’t miss our coverage about the practices surrounding necromancy and some of the most haunted places our paranormal insiders have visited or investigated. Plus, check out articles on investigations of Waverly Hills Sanatorium and Bobby Mackey’s Music World! 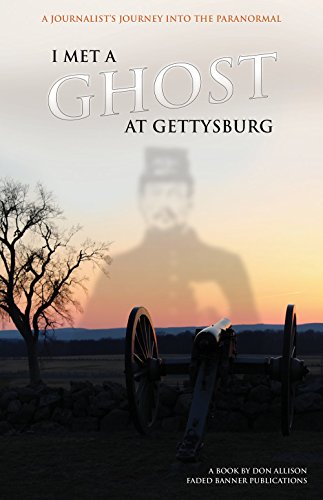 Tonight (10 Nov. 2016) Paranormal Underground Radio again conducted a very interesting interview with Peggy Maguire and Nate Gearhiser, Ohio Ghost Hunters who are speaking about investigation tools and how to use them, cleansing, religion en much more.

I like to thank Chuckie G. and Cheryl Knight for their friendly sayings at 23 minutes into the program

At 1 hour and 26 minutes (50 sec) into the program, you can hear Chuckie G. introducing me as well as Cheryl’s thoughts about the different methods investigating groups are using in order to find some answers in the unknown and unseen.

At 1 hour and 37 minutes (15) you can hear part one of an investigation I conducted which contains a CLASSICAL POLTERGEIST ACTIVITY in Germany … at one point into the investigation you can hear me asking the energy a question … a answer came in a form of a energy peak what was picked up by the EMF meter.