‘The NWO, their thoughts…your life’ is written for those who have the feeling that the world today does not add up to its behavior but cannot put their finger on.
With crazy royal history, stupid political humor and rudeness in words the reader will get to the boiling point before the middle page has been reached but will sense the feeling of being awake in the end.

‘Our mind in a controlled quantum Euclidean space?’ will scare the hell out of you as soon as you understand how easy it has become these days to reprogram you and to turn you into a Manchurian candidate.
This booklet will make you aware of the controlling but invisible world which is around you 24/7.

‘The Source of Immortality’ contains an odd truth of a 52.000 year old technology what could create acoustic and magnetic levitation, heal broken bones, gave pharaohs the ability to life up until 150 years and … created many strange looking mythical creatures we know today as cyclopes, mermaids, dwarfs and many more.

‘The Quest for the Secret Knowledge of the Knights Templar’ is a book which I am still writing and meant for those who want to know about ancient rituals and its medieval secret knowledge.
(not published)

Dark matter being an ancient collective energy in order to connect with each other … fact or fiction?

Oh and by the way; F#*K synchronization … humans are not flawless nor perfect what makes ‘real’ life interesting 😉

Do you want to read the article I wrote about this underground tunnel system in Miltitz, Germany?
Follow the link of the magazine ‘Paranormal Underground and buy the PDF.
http://www.magcloud.com/browse/issue/1011246 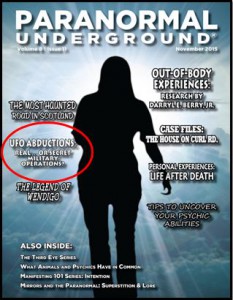 “Are UFO abductees experiencing reality or are those people a victim of a DEW (directed-energy weapon) what creates a short-circuit in the brain by means of an overload of electromagnetic and/or acoustic impulses?
Body marks are NOT made by those who we call ‘aliens’, those body marks are made and left by unprofessional scientists who find it necessary to use us as cattle and lab rats. 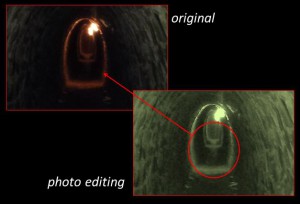 (Picture: 70 meters underneath the earth surface in an old Limestone mine in Miltitz, Germany. Was this a secret military base and was the heavy water, which was transported from Norway, used in order to create UFO technology?)

Are UFO abductees experiencing reality or are the abductees a victim of DEW? (Directed-energy weapon)
Could it be that some kind of unknown and secret military group is behind most of the UFO sightings and abductions?” 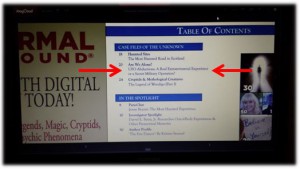 Our species is on the edge of experiencing a global wipe-out!
By exploring the real history of this beautiful globe we live on will lead to the understanding of the future Tron society.
If we want to see this future we have to understand the present by looking at a past of electromagnetic levitation, UFO’s, Mayan crystal communication devises, Egyptian water pumps, prehistoric holographic images and remarkably strange evolution’s in light and sound.

By reading this book you will enter the beginning of a time shifting adventure that will turn your world upside down.
Along a path of words that will slowly turn into sounds waves the contents of this book will bring you to the understanding of the true power is behind this suppressing system we have to live each day.

Are you strong enough to survive the impact?

Page 416 from vol.3 ‘The Source Of Immortality’ (the global Elite and their fountain of youth)

“Thus the government is closing its facilities right?!

Does this mean that the supervision on several protection devices also is not being monitored?
Does that mean that those fake terrorist can walk into the USA without any problem?
Are those assholes going to tell the world that it were terrorists from Syria?

So Syria will attack the USA with chemicals … well that is what they are probably going to tell you.
Like during the 9/11 event they will tell you that those so called terrorists were already in the country and they planned to attack … hmmm the Chrysler building or maybe the building of the UN?
Or maybe Russia is going to attack airplanes!
Or what about those ships which are lying in the Mediterranean Sea?
That will give a nice second Pearl Harbor do you not think.
Syria attacks one of those ships and Obama can say; “I told you to bomb them!”

At that point Obama will have the right to protect the country and can start bombing Syria.
But those ships are a too obvious target and too far from the American people … it will not hurt enough to go into war over it.
Therefore a building with a lot people who are working or/and living there who are not aware of the fact that they are about to get killed by their own government, is a better scenario for the public.
Remember that there are some eighty thousand people working in the Chrysler building.
But it really does not matter which building is going to be attacked (by the government and their Elite friends), as long as the building has a status the people can relate to it will create panic and aggression among the people.
Now what do you think would happen if thousands of dead bodies are carried outside after a chemical attack?” 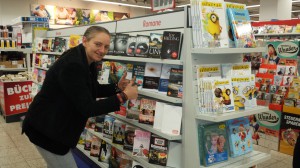