Aliens? We’ll probably have a close encounter this century says leading physicist who warns governments to be ready 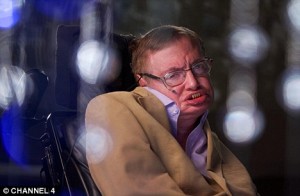 It’s a scientific prediction that will get dollar signs pinging in Steven Spielberg’s eyes: We could make contact with aliens in less than 100 years.

But according to one of our leading physicists, it is a matter for governments – rather than Hollywood – who should start preparing for our first extra-terrestrial encounter now.

Speaking at the Euroscience Open Forum conference in Dublin, Jocelyn Bell Burnell said: ‘I do suspect we are going to get signs of life elsewhere, maybe even intelligent life, within the next century.

How well prepared are we? Have we thought of how we approach them? Should we put them in a zoo, eat them, send in GIs to bring them democracy?’