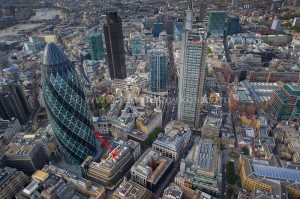 Speaking on the Marr Show on BBC One on March 23rd, the former Daily Telegraph editor and historian Max Hastings said a “senior central banker” recently told him that London is now considered to be the “money-laundering capital of the world”.

Hastings was discussing the shooting of a Russian banker in London. The remark was all the more pertinent since Russia is now said to be controlled by a ‘gangster culture’ and because of the large number of Russian oligarchs and other business people who now live and work in the UK. A lot of these people carry criminal baggage, but the authorities seem entirely comfortable with the idea they should reinforce London’s position as the world’s “funny” money hub.

How did this state of affairs come about when, on paper at least, the UK has some of the strictest anti-money laundering legislation in the world?

The answer, I believe, lies in the fact that our many laws and regulations have never been effectively enforced by financial regulators, and banks and other financial institutions know they can get away with paying lip service to the rules.