Faust, Dante, Shakespeare, DaVinci; Does their connection lie with the fine-tuned insanity, Allan Poe described so many times, when it is applied to a musical speech of a duality between beauty and a hallucinating imprisonment of the soul whereas thoughts are being whipped out?

Or was it the Devil himself, trapping their minds inside a fiery realm of illusions? 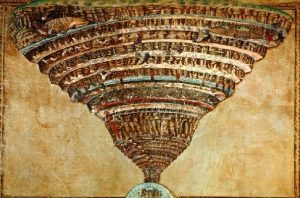 “I have always thought that total genius wether musical or other is like borderline insanity. When you think of the rainman and idiot sevants. Genius’s have special brains wired a certain way and keen insites. I have read that geniuses have neural paths that are larger than most people because they are developed more. Science is always finding out more and more each day about how the brain works. There’s much more to what goes on inside their heads!
I understand they also have fantastic
imaginations. Very interesting subject though. I find it fascinating how some Geniuses are mathematically gifted and some are musically gifted and that type of thing. Just different parts of their brains are utilized and the genius takes different forms. Strauss was a absoltue genius to me love his music!!”

Oh…WOW!…Your comment is the most beautiful and treu comment I have ever received … thank you so much Barbara.

People who have the gift of possessing a genius mind, regardless in which direction they think… it seems they live in their own world what looks like a strange form of insanity but, as soon as you start to see and understand how their mind operates and the way of looking at certain behaviors in e.g. numbers, melodies, it is a logical sequence as their personal behavior is in perfect balance to their minds.

More than seven months I was occupied with the search for the origin of evolution on this planet as I sought this mysterious event on subatomic levels.
Looking for it in all directions, I found it in … a harmonic symphony of ‘silence’ providing the magic of reliving the vivid memories of the past.

‘Searching for the directions on a path which lays in a dark pit within me, a secret code carved within an accurate copy of the blue-print of simplicity shows as it forms a pattern yet to be matched to an offered handshake.’

– back to writing again 🙂 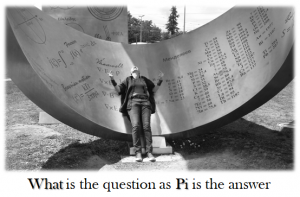