The name of this man was pointed out to me by one of my friends last Sunday…I had never heard about this man Alois Irlmaier.
Now explain to me how it is possible that I say to you all the same things as this man said 14 years before I was born?!
Why is it so hard for you all to belief that their are people in the world who like to help you wake up before it is too late…the government says ‘don’t panic’ now RUN!

“In Russia a new revolution will break out, and a civil war.

The dead bodies will be so numerous that they will have difficulty removing them from the streets.
The Russian people will begin to believe in Christ and the Cross will be honored once again.

“The Third World War will come, but I cannot predict the year.
It will be preceded by signs in the skies, which will be seen by millions of people.
War will begin on a rainy night, shortly before harvest time, when the ears are full.
War will begin after the assassination of an eminent politician in Czechoslovakia or in Yugoslavia.
An invasion from the East will follow…” 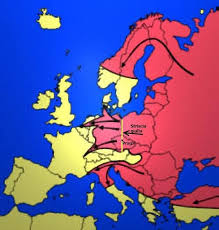 All those ‘world leaders’ came together to make a statement that they are fighting for YOU but that isNOT TRUE!
These maggots have a different agenda … they want to conquer the world under the motto ‘WORLD PEACE’ and you will applause for it meaning that you will think that you did this out of free will.

When WWIII starts, it will be between Germany and England!

“I think this is going to be one of the major issues in the next few years. Most people are not aware of this, and the people who are mostly know the old data and there’s a lot of new stuff on this that’s extremely, extremely important”. ~ Prof Martin Pall, Oslo, October 2014.

According to some governments, it is not possible for microwaves from mobile phones, WiFi, ‘smart’ meters, etc. to cause harm, that research in the field is inconsistent and that there is no proof that such radiation can cause health issues.

Paranormal apparitions; a natural event or a side effect of engineered neurons.

The quest for the knowledge of the Knight Templar

Believe me when I say there is always some fear for the unexpected when I crawl through these kind of corridors.