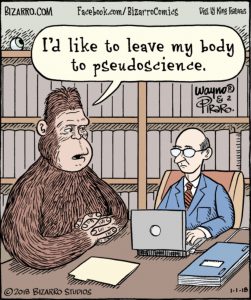 Imagine being alive when Albert Einstein was developing his theories of relativity. Or witnessing the birth of psychology, as Sigmund Freud and psychoanalysis took over the scientific mainstream. The early 1900s was indeed an amazing time for Western science. But there was another figure on the intellectual scene when these great minds were at work.

Young philosopher Karl Popper, born in Austria and built his career in Britain, was giving serious consideration to the new ways that these and other scientists of the time were thinking about the world. And after looking at different methods that people like Einstein and Freud were using, Popper came to understand that not all scientific achievement was created equal. He ended up making an important distinction, between science what he called ‘pseudo-science’. And in the process of doing this, he taught us volumes about the nature of knowledge itself, and how we can best test it, challenge it and to bring us closer to the truth.

As a young scholar, he learned about the psychoanalytic theories of Freud, attended lectures given by Einstein himself about the rules of the universe and he noticed that these great thinkers used different methods. Popper observed that Freud was able to make just about any data point work in service of his theory. For example, he could explain a person’s intimacy issues both in terms of not being hugged enough as a child, or in terms of having been hugged too much. Evidence to support Freud’s theories seemed to be everywhere!

Popper saw that Einstein was making a different type of prediction. Instead of looking backward, and using past data to “predict” the present, he was looking ahead, and predicting future states of affairs. Einstein’s theory was truly risky, Popper realized, if the future didn’t match his predictions, then his theory would be conclusively disproven. If the results of the solar eclipse in 1919 had been different, general relativity would have been finished. Freud, on the other hand, could always read the past differently, so as to maintain some kind of confirmation of his theory. Suddenly, Popper understood the difference between the science that Einstein was doing, and what Freud was doing, which Popper rather snootily referred to as pseudo-science. Now, whether psychology today is considered a hard science or a social science might be debatable. But you won’t find many mainstream thinkers who consider it pseudoscience. Still, nearly a hundred years ago, when Popper was reaching these conclusions, none had really characterized what “science” truly meant and what the implications were for the pursuit of knowledge.

If you’re a scientist, you’re gonna have to be willing to let your beliefs go. Accept the evidence. Move on. And this is the modern scientific thinking that we accept today: Testable, refutable, and falsifiable. You don’t seek to prove scientific hypotheses right, you only prove them wrong. Sigmund Freud and Albert Einstein, Karl Popper observed these developments firsthand and came to draw a distinction between what he referred to as science and pseudoscience, which might best be summarized as science disconfirms, while pseudoscience confirms. While the way we describe these disciplines has changed in the intervening years, Popper’s ideas speak to the heart of how we arrive at knowledge. Obvious? That shows how right Popper was – he was a philosopher and actually managed to hit on an idea so right that we don’t even really argue about it anymore. For Popper, knowledge was about probability and contingency.

And so we may conclude that pseudo-science does not speak of someone’s hypothesis, theories or methods not adhering to accepted scientific standards. These idea’s do contain scientific research whereby scientists and citizen-scientists have used an open-minded curiosity what has taken their thoughts beyond the borders of the safe outlines of any schoolbook. I feel it would be a lost for possible new ways in modern science when these theories, which do tickle the mind in many ways, have only one direction…the bottom drawer of a forgotten desk standing in a dusty attic after rejection and gaining this infamous mark ‘pseudo-science’.