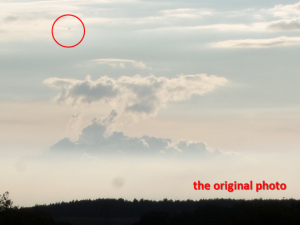 This picture I made two day ago when I was walking my dog….for you to decide what it can be.

A drone…an UFO or maybe a bird…

An Adamski craft? If that is the fact….could it mean that Germany is trying to use drones as an alien hoax to distract people from a possible upcoming war between Europe and Russia?? Could it be that Germany has refined technology looking like old space crafts? WOW…could it be that the story about ‘Die Glocke’ is real?! 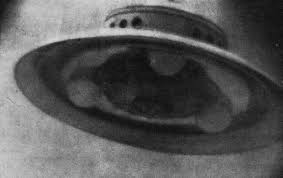 I saw a lot of documentaries about W.v.Braun and the space programs from after WWII.
If we look a bit before that time, meaning during the war, many rockets were tested while Die Glocke would have being build.

Could it be that Germany found out about anti-gravity accidentally during the construction of an extremely powerful bomb and the mixing of fuel?
What if their partner in crime was Russia back then. (looking at the location of were Die Glocke supposedly was build)

Could it be that the OSS (which partly turned into the CIA at a later time ) merged with this all together with some military groups and formed the USA version of Paperclip and developed their own idea of DNA crossings?
(Think of 1947, Roswell)

I can go on and on about ‘heavy water’ and the transpositions of radioactive fuels in those days but that would mean a comment of dozens of pages. 😉
What if the underlying fear of Germany is the knowledge of Russia having the same weapons as they have in the field of technology which goes beyond of our imagination?
If people would believe in an alien attack global leaders can use these weapons with out the knowing of the population don’t you think.
And with this ET-attack it will be much more easier to accomplish a NWO in which the global population will follow their new orders and commands.

There will be no ‘real’ ET-attack because a species will only attack when it is being threatened in its existence…and if life-forms from other galaxies will attack us, we have to thank the companies who are shooting laser beams, sound-waves and other creepy things into space what can influence evolution’s on those planets.