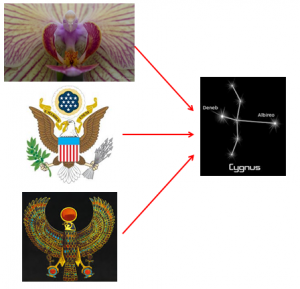 Watch the birdie: Eagle-eyed photographer catches incredible pictures of orchid that looks just like a bird

An eagle-eyed photographer has captured these incredible pictures of an orchid that looks just like a bird.

Photographer Christian Kneidinger, 50, was taking pictures in a botanical garden in Linz, Austria, when he realised he was looking at something special.

Initially the software engineer was trying to focus on the colour of the flowers but after an hour he took a closer look at the pink moth orchid and noticed an optical illusion of a bird in its centre.