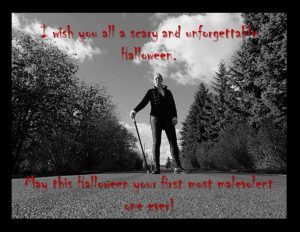 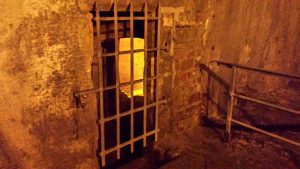 Fortresses like Königstein do let the imagination speak whereby romantic images of medieval scenes come to mind.
But there is a darker site to this fortress….

One that speaks of war prisoners, executions, wounded soldiers and guards being thrown out of their bed by an invisible force …. even a ghostly apparition from Baron von Klettenberg has being seen carrying his head underneath his arm.

Up until 1922, this fortress was the most … feared … state prison … of Sachsen, Germany!

A Halloween special in the “Casemates” at the fortress Königstein is organized on 28 October, 2017.
For more information, you can visit the website; https://www.festung-koenigstein.de/en/ 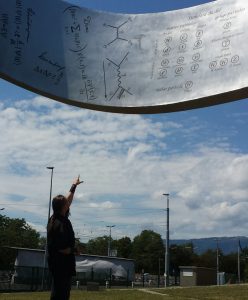 Yesterday I was conducting an interview with Mr. Albert, a tour guide at fortress Königstein … the stories he told me about eerie echo’s from the past heard by visitors and himself, will go beyond your imagination!

Stay tuned for the full story of a fortress build in the 13th century and was up until 1922 the most … feared … state prison of Sachsen, Germany. 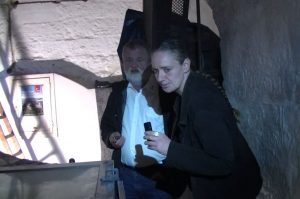 We have planned an interesting interview for the 18th this month at a German castle which contains over more than 800 years of history.

Brilliant Scientists are Open Minded … so why not YOU?

This past July, I visited the European Organization for Nuclear Research (also known as CERN) in Switzerland. The physicists at CERN are asking questions such as what is the universe made of and how did it start? And to find answers, they are using some of the world’s most powerful particle accelerators, including the Large Hadron Collider (LHC). My visit to CERN focused on research and experiments going on to find other dimensions and create artificial time tunnels…

Please continue reading in ‘Special Report 2017’ to find out more about some of the advanced ideas CERN scientists have. 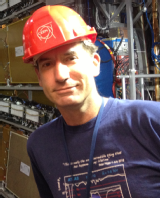 Professor Murray definitely has a broad view when it comes down to new theories & ideas in already existing science.
It was truly educational while speaking with him and to explore some mind-bending ideas 🙂

Thanks Cheryl for publishing this interview of which I hope will give people a different look on ‘dusty’ science and the scientists themselves.

Also many thanks on the praising comments;
– Interesting!
– …he is also so open minded to the unknown!
– Your interview with Dr. Murray was awesome.
– Such a refreshing perspective!
– Finally a real scientist’s perspective in the magazine.
– He is totally open-minded.

You can leave your comment(s) below … comments expressing any disrespect are not posted and/or removed. 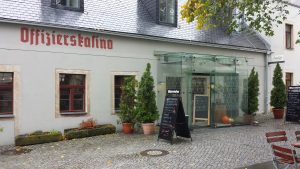 The Königstein Fortress, is a hilltop fortress near Dresden, in Saxon Switzerland, Germany situated on the table mountain and has been one of the most beloved tourist destinations in Saxony for more than 100 years … a fortress containing buildings of which are 400 years old.

“The 9.5 hectare rock plateau rises 240 meters above the Elbe and has over 50 buildings, some over 400 years old, that bear witness to the military and civilian life in the fortress. In the center of the site is a 152.5 meter deep well, which is the deepest in Saxony and second deepest well in Europe. The fortress, which for centuries was used as a state prison, is still intact and is now one of Saxony’s foremost tourist attractions, with 700,000 visitors per year.” – Wikipedia

Walking the historical grounds of this impressive fortress, it’s an impossible task to escape the feeling of slowly starting to experience the old ways which have being lived in an era of Kings, Dukes, Count’s and General’s. 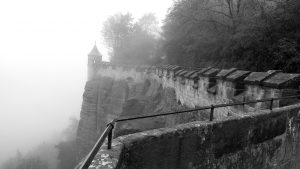 This highly interesting fortress does not only focus on its history, it also contains several occasions where a delicious meal or just a cup of coffee or tea can be enjoyed. My personal experience with the employees of restaurant ‘Officers-mess’ (see top photo) was more than positive due an energetic and joyful young man named Oliver. When you diced to visit this beautiful fortress, which I recommend, ask for the waiter named Oliver. With his Sachs accent, he makes your stay and dinner at the Officers mess one you definitely remember.

For more information, you can visit the website; https://www.festung-koenigstein.de/en/

(The museum guards of the fortress Königstein, they look strict at first sight but are immensely kind and help you with the most friendly smile … even if you lost your cameraman like I did that day 🙂 ) 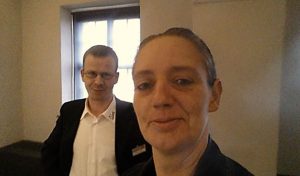 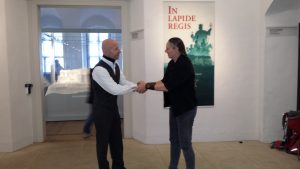 (18 October we have a appointment for a privet tour and interview … so, stay tuned for what is yet to come in this story containing great history.)