All compliments in this have to go out to the scientist from CMS…he explained it and answered my questions in an excellent manner! 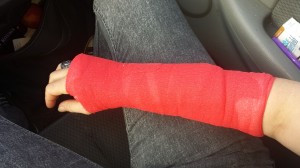 Journalism has become more than just bringing the news to the public, it’s a lifestyle!

Covering sensitive topics can take sometimes its toll in where emotions are running high and people are being injured.
These “negative aspects” of the job, which are sometimes hard to shut off at the end of the day, are possibly a product of many people having a misconception about journalists and think that the job description includes that a journalist can be used as a punching ball or a trashcan for unprocessed emotions.

‘Well, as a journalist you have to have an elephant skin…so accept it!’ is a frequent pronunciation of many.
We do, but that so-called ‘elephant skin’ has more to do with keeping the stories out of the psyche which is not an easy task when it comes down to for instance child abuse.

Yes we see and hear a lot of terrible things of which some do become a part of you … but like you … we do feel those punches as well as we will defend ourselves.

Journalists are people too.

We had a very interesting time at the CERN as well as during the conversations we had with the scientists. For all who have interest in Physics and engineering, I recommend a visit which is definitely worth it 🙂 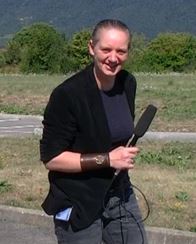 Journalists are people too.
http://nexttruth.com/?p=22870 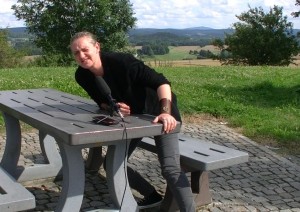 “A journalist/reporter is a person who is reporting the news. Regardless if they work on their own (“freelance”) or for a newspaper, magazine, a radio or television programme, researching, writing, and reporting news information is their main goal.”

There you are, nervously waiting for the journalist/reporter to step on your terrain, to invade your work-space and maybe even jump into the darkest corners of your private life. Than they arrive … looking like a pack of hungry wolves, armed with all kind of terrible creepy questions, looking you straight in the eye and impenetrable in what they really think. Microphones and camera’s are being unpacked and put into position, and not only the gazing lenses of the camera(s) are aimed at … YOU … also the strict looks of the Journalist/reporter, camera-man and maybe even those of the whole freaking world are aimed directly at you!

Okay, that scenario would scare the hell out of me too 🙂 But we know that you are feeling a bit uncomfortable and maybe thinking; “Oh my god, they are going to penetrate my soul and rip it apart before I am truly death!” As a journalist I have to say, Yes I am penetrating your soul because I need to understand who I am talking to but no, I am not going to rip you apart 😉

Unfortunately, there are journalists/reporters who use a form of aggression and can be immense irritating in their behavior but, speaking about myself, when I am walking in the back I am not able to hear what you have to say and that is the reason why I push myself to the front … it’s not journalistic aggression, it’s because my recording equipment can not bridge the sound of your voice over a hundred meters.

This is our (sometimes dangerous) job,

…we are just people who are asking questions about your claims, work, experiences … and yes, they are direct questions with a psychological touch. If we do not do this, we would never get an answer to work with meaning that the (your) story is not going to be published in a manner as it is supposed to be.

Therefore, the next time a journalist/reporter is standing in-front of you, know that he or she does not have the intention to rip you to pieces or to find that one particular comment in order to criticize you … they are just looking for the most interesting stories they can get their hands on.