Due the extreme amount of activities as well as the hours and hours of audio and footage, there was a small delay.
The last part of our investigation concerning the Slender man is uploaded in four parts…4A, B, C and D.

We went to the black forest in Germany to search for some answers around the story of the Slender man but we came back with a completely different story what is even baffling our minds!

In this video we are talking about what the Slender man can be in theory.

Was the rubber child boot in the creepy dream of Thomas a warning as in ‘Die with your boots on’? (go down fighting)
Or was Thomas visit by a spirit in his dream explaining in symbols that we have to leave? (get the boot)

Tonight (10 Nov. 2016) Paranormal Underground Radio again conducted a very interesting interview with Peggy Maguire and Nate Gearhiser, Ohio Ghost Hunters who are speaking about investigation tools and how to use them, cleansing, religion en much more.

I like to thank Chuckie G. and Cheryl Knight for their friendly sayings at 23 minutes into the program

At 1 hour and 26 minutes (50 sec) into the program, you can hear Chuckie G. introducing me as well as Cheryl’s thoughts about the different methods investigating groups are using in order to find some answers in the unknown and unseen.

At 1 hour and 37 minutes (15) you can hear part one of an investigation I conducted which contains a CLASSICAL POLTERGEIST ACTIVITY in Germany … at one point into the investigation you can hear me asking the energy a question … a answer came in a form of a energy peak what was picked up by the EMF meter. 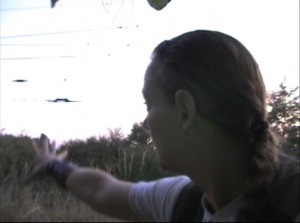 Some people have asked me why I edit those 30 seconds in the beginning of my book-trailer of ‘The Source of Immortality’... let me explain the forgotten languish of it which is known by many as ‘symbolism’.

At first you see me walking in the distance, this is not trying to create certain dram effects.
If you look to the overall of this image you can see that I am walking towards 5 arches which are standing for the five elements; Water, Fire, Air, Earth and the Universe.
(some people speak of wood, metal or rock)

The closed door is standing for the secrets in/of life as well as in and from the mind, secrets which can only be unlocked after we have overcome our personal fear(s) of the Freud-system; Id, Ego and Super-ego, the three parts of the psychic apparatus and all developing in the different stages we encounter in our lives.

Many of my video’s do contain this ancient (as well as medieval) languish, a languish which is better known as ‘subliminal messages’ and used today as a mild form of mind-control in e.g. TV-commercials to let you buy something.
Understanding the danger of this languish (which I frequently speak of in my books), equals creating ‘critical thinking’ what gives you the power of peeking behind the screens of today’s suppressing SYSTEM.

Imagine, you are sitting at a campfire with some rock-formations and tall trees around you.
In the distance an owl makes itself known and beetles are crawling through some dry leaves … crazy sounds are staring to fill the dark surroundings.
Than, from the corner of your eye … a scary slender and dark silhouette is moving over the rock-formation giving you the fright of your life!

Luckily it was your own shadow created by the dancing flames of the campfire … you breathe a sigh of relief but somewhere in the back of your mind, that creepy looking figure has taking its place in your world.

Did you really saw your own shadow or … did you saw something else?!

In this video you meet my two daughters who explain their thoughts concerning the phenomenon of the Slender Man.

Due the enormous amount of footage and audio recording, we ask you all to have some patience … our editors are busy to turn it into creepy show for you to watch having a complete new theory of what the Slender man ‘could’ be.