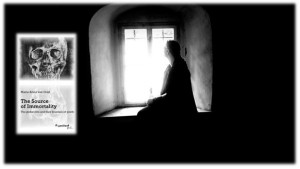 Remember, this book is not written for blind acceptance but to let you think about the many possibilities in plausible and flipped truths in history what lead humanity to what it is today.

Our species is on the edge of experiencing a global wipe-out!

Exploring the real history of this beautiful globe we live on will lead to the understanding of the future Tron society.
If we want to see the real future we have to understand the present by looking at a past of electromagnetic levitation, UFO’s, Mayan crystal communication devises, Egyptian water pumps, prehistoric holographic images and remarkably strange evolution’s in light and sound.

By reading this book ‘The Source of Immortality’, which speaks of an odd truth of a 52.000 year old technology, you will enter the beginning of a time shifting adventure that will turn your world upside down.
Along a path of words, which will slowly turn into vibrating latent images, this book will bring you to the understanding of the true powers behind today’s suppressing system.

An ingenious but dangerous holographic system which is based on an ancient knowledge what could create acoustic and magnetic levitation, heal broken bones, gave pharaohs the ability to life up until 150 years and … created many strange looking mythical creatures we know today as cyclopes, mermaids, dwarfs and many more.

Are you strong enough to possess this all?

Looking through the photo’s we took that night …OMG, and we did not see what was standing right in front of us! 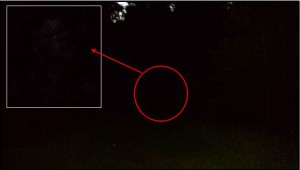 Paranormal Underground has published “Reversed Engineered UFO-Technology explained from beyond the grave” which is an article what speaks of an advanced technology in space and time-compression what has being tested during WWII by e.g. H.Himmler. 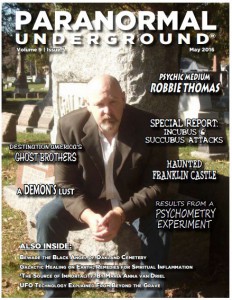 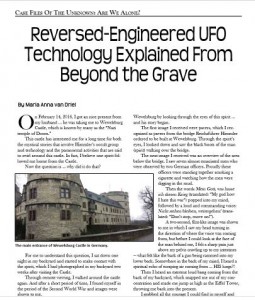 Did Putin Just Out The World’s Ruling Class As Reptilians?

Shockwaves are reverberating around the Kremlin today as word spreads regarding an extraordinary meeting called by Vladimir Putin yesterday where, according to sources, the Russian president said that “95% of the world’s ruling class are not even human,” but are “cold-blooded hybrids” who are “members of an ancient cult.”

Did Putin just out the world’s political and financial elite as cold-blooded hybrid human reptilians?  Did he really just go there?

Speaking at a behind closed doors forum for the highest echelons of government and staff in his home city of St. Petersburg, Putin responded to questions about the Panama Papers leak by pointing out who was behind the plot: the U.S. government, their spy agencies, and George Soros’s OCCRP.

Putin slammed his fist on the table and exclaimed, “George Soros, you sly dragon, this is war,” according to sources close to the President.  Putin then vowed to ramp up sanctions against Soros’s Open Society even further.

When questioned by a top aide as to what he meant by “dragon” (an unusual word in Russian), Putin sighed heavily and fixed the assembled group with his trademark stare before explaining that all is not what it seems in regards to how the world is run.

Is there a scary secret lying behind the Poussin code?

An interview, conducted by New York Times (#8) & USA Today Bestselling Author Michelle Pillow, which contains not only my personal way of investigating different dimensions, my first encounter with a mythological creature known as ‘the Grimm’ and my past lives … it also takes a brief look inside of Vol.3 The Source of Immortality -the global Elite and their fountain of youth-
http://www.magcloud.com/browse/issue/1117780

Proudly? … because this month not only did the editors decided to publish my article ‘Reversed-Engineered UFO Technology Explained From Beyond the Grave’, also my interview, which is conducted by Michelle Pillow, has been given a beautiful spot in the magazine 🙂

Are you curious and interested in the mystery of the unexplained as well as in the eerie and unusual events the authors of this magazine are writing about?
Than this is the perfect magazine for you to read!

Reversed-Engineered UFO Technology Explained From Beyond the Grave

The Nazi Temple of Doom … what was it that Heinrich Himmler really tried to create in castle Wewelsburg during WWII?
Did he really used German soldiers or/and war prisoners as guinea Pigs in his experiments concerning time- and space compression?

Has H.Himmler succeeded in his experiments AND … did those his guinea Pigs survived?!