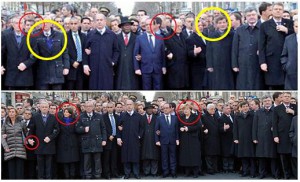 The Phoenix-force is coming and it will lead to an event what kills thousands on the globe! (you will scream for FEMA to help you and fight side by side with your oppressors…don’t ever say I didn’t warn you!)

These so-called “world leaders” do have a completely different agenda as we have … the global population.
One option to understand this all is to take a look behind the scenes,
the book ‘The NWO, Their thoughts … your life’ is a fine example to clear up some of these illusions of this false “hope”. 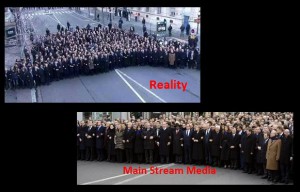 Millions march in France against terror in historic unity rally

Some 1.5 million people, including over 50 world leaders, thronged central Paris Sunday afternoon in a massive and historic show of support against terrorism and to honor 17 victims of a series of attacks that rocked France last week. Prime Minister Benjamin Netanyahu, attending the rally, announced that the four Jewish victims of an attack on a kosher market Friday would be buried in Israel. The Times of Israel liveblogged developments throughout Sunday.
Read more

In the front row for press freedom

An extreme short version of our near future which some time ago was put into motion.

יהוה as above, so below.

יהוה is the Hebrew theonym (classical Greek theos “god” and -onym “name”) commonly transliterated into Latin letters as YHWH aka YAHWEH.
Over time the name YAHWEH became Jesus … the name in his existence means “to be”, “exist”, “become” or “come to pass”.
Therefore ‘AS ABOVE, SO BELOW’ what is more often used in the sense of the microcosm and the macrocosm.

Macrocosm/microcosm is a Greek compound of μακρο- “Macro-” and μικρο-
“Micro-“, which are Greek respectively for “large” and “small”.
The word κόσμος kósmos which means “order” as well as “world” or “ordered world.”

Now knowing that The microcosm is oneself, and the macrocosm is the universe we will understand what the New World Order really will be … total control over your divinity what makes you a part of a unique species aka HUMANITY.

Through the control of the 33 resonance, natural elements will respond in unnatural way.
Knowing that we need this resonance for our existence (we absorbing this for instance by using our spinal cord as an antenna) including the balance of the solar-system Earth is swirling in and evolution itself, we understand how dangerous it is adding artificial frequencies in this world. 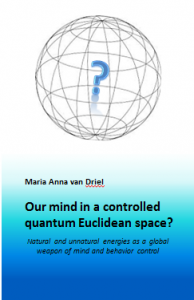 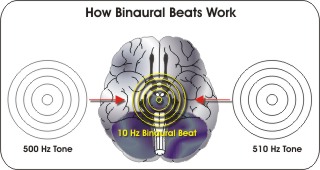 Being away from your mobile phone can ruin your concentration, boost your blood pressure and even make you feel sick

Mobile phone addiction has become a major problem – and being away from our handsets can impair our cognitive functions and even make us feel physically unwell, researchers have found.

One of the the first major studies to look as what happens when people are separated from their phones has found we perform poorly on mental tasks when our is not nearby.

It found separation can result in an increase heart rates and blood pressure levels as well as feelings of anxiety and unpleasantness.

Researchers studied a number of iPhone users in the test.

‘Our findings suggest that iPhone separation can negatively impact performance on mental tasks,’ Russell Clayton, a doctoral candidate at the University of Missouri School of Journalism and lead author of the study in the Journal of Computer-Mediated Communication said.

‘Additionally, the results from our study suggest that iPhones are capable of becoming an extension of our selves such that when separated, we experience a lessening of ‘self’ and a negative physiological state.’

Our mind in a controlled quantum Euclidean space?: natural and unnatural energies as a global weapon for mind and behavior control 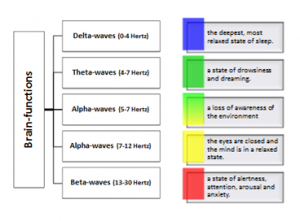 If you play 2 sound waves that are very close in frequency (but not quite exactly the same), you’ll get a phenomenon that causes beat frequencies between the 2 sound waves. As it turns out, if you play these 2 frequencies separately into your 2 different ears, your brain tries to resolve the difference between the 2 frequencies and “hears” the beat frequency even though it isn’t there.
See the whole article including reactions

Following is a 2001 New York Times interview with Eleanor Adair….

“I would say this indicated an addictive reaction that could have led to further research if it had been followed up on. For example, if a population of monkeys were chronically exposed to microwaves what would be their social reaction with each other when exposure was stopped?”
“Microwaves, she points out, are at the other end of the electromagnetic spectrum from high energy radiation like X-rays and gamma rays. And unlike gamma rays and X-rays, which can break chemical bonds and injure cells, even causing cancer, microwaves, she says, can only heat cells. Of course, if cells get hot enough, they can die, but the heat level has to be closer to that in an oven than the extremely low level from cell phones.”
See the whole article
[Top]

Beware the drones? The skies are about to get a lot busier with the buzz of mini-copters delivering food and even firefighting – but will it be safe?

Armies of flying robots are set to fill our skies, doing everything from delivering medical supplies to spraying crops and inspecting high-voltage cables.

But for drones to make it to the big time, they will need to learn to get around in towns and cities – without falling on car hoods or crashing into pedestrians.

Armies of flying robots are set to fill our skies, doing everything from delivering medical supplies to spraying crops and inspecting high-voltage cables. Pictured is a Deutsche Post DHL drone carrying a small parcel

In less than a decade, as many as 32,000 commercial drones could be flying worldwide, according to aerospace consultancy Teal Group

Today, technology has advanced to the point where hobbyists can fly the unmanned aircraft with their iPhones.

The Consumer Electronics Show (CES) takes place in Las Vegas this week
Intel used the event to release details about tiny wearable computers
Audi teased a smartwatch that summons a car like Kitt in Knight Rider
Startups unveiled an Iron Man-style augmented reality helmet, and a X Men-inspired headband that can read your brainwaves
While robotic spiders and cargo drones have also been on display
Gadgets inspired by the works of science fiction appear to have influenced many of the latest devices being showcased on day three of this year’s Consumer Electronics Show in Vegas.

Major firms such as Intel used the event to release details about tiny wearable computers, while Audi teased a smartwatch that can summon a self-driving car, reminiscent of Kitt in Knight Rider.

Elsewhere, start-ups unveiled an Iron Man-style augmented reality helmet, and an X-Men-inspired headband that can read your brainwaves. The Muse sensing headband (pictured) dubbed a ‘brain fitness tool’ that measures brain signals much like a heart rate monitor senses a heartbeat. A total of seven sensors – two on the forehead, two behind the ears plus three reference sensors – detect and measure the activity of the wearer’s brain

CES takes place in Las Vegas each year and thousands of manufacturers show off their gadgets and cutting-edge technology.

The show runs until Friday, but many of the major announcements have already taken place.

In the first underwater exploration of its kind, a Greek and international team of divers and archaeologists have used a new high-tech exosuit to reach deep waters in which the world-renowned Antikythera wreck has lain for two thousand years.  Their investigation proved that remnants of the ships luxury cargo has survived for millennia on the sea floor as new treasures have been retrieved from the depths. According to a media release by the Woods Hole Oceanographic Institution (WHOI), the rescued antiquities include tableware, ship components, and a giant bronze spear that would have belonged to a life-sized warrior statue.

The Antikythera wreck, located off the island of Antikythera in the Aegean Sea, is a famous underwater archaeological site thrown into the spotlight in 1900 when researchers discovered an incredible mechanical device, now known as the Antikythera mechanism.  The metallic device consists of at least 30 different types of gears and is so complex that many consider it to be the first human-made analogue computer. After decades of research, scientists were able to determine that it shows the positions of the sun, moon, and planets as they move through the zodiac, predicts solar and lunar eclipses, and even marked key events such as the Pan-Hellenic games. The discovery of this unique form of ancient technology, along with other treasures, including finely carved bronze and marble statues, glassware, jewellery, and coins, led researchers to wonder what else may lie within the shipwreck.

Left: The original Antikythera mechanism (Wikipedia). Right: A reconstruction of the mechanism (anthonyokeeffe.com).

Over the decades, divers have attempted to investigate the ancient shipwreck, but dangerous conditions caused by the extreme depth of the submerged vessel prevented researchers exploring the site fully. However, a newly developed exosuit, which allows divers to descend to 300 metres for hours at a time without the need for decompressing upon returning to the surface, has now allowed marine archaeologists to finally return to the famous wreck.

This formula WILL defiantly lead to destruction of life as we know it and leap into a system of energy harvesting with YOU as the superconductor!
http://youtu.be/JAsRFVbcyUY

Biological half life of tritiated water in human body,which is a measure of body water turn over, varies with season.

The human body naturally contains deuterium equivalent to about five grams of heavy water, which is harmless.

Can you imaging walking around selling these in a park full of kids?