After the party, now a hangover: Greece faces run on its banks as new leader squares up for Merkel clash Syriza leader Alexis Tsipras (inset left) wants longer to repay part of his country’s £185bn bailout, demanding a debt-wiping conference similar to that held for post-war Germany in 1953 – and his supporters have made their antipathy towards the German Chancellor clear on the streets of Athens (centre). But Angela Merkel (inset right) has ruled out cancelling any of the stricken country’s repayments in the first of what are set to be a string of standoffs between the pair.

according to the writings of Nostradamus; (With the Leopard he meant Greece….the Boar as a coat of arms well that is a long list but let’s say EUROPE perhaps?

With the Eagle there are two possibilities; the USA and Germany. The sun aka ‘the Lion’ hmmm I vote for England )

WWIII it will start with the biggest illusion we know…MONEY! (I warned you for this event in June this year)

When WWIII starts, it will be betweenGermany and England! 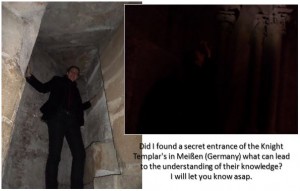 The software was developed jointly by the two companies, including a team at Nasa’s Jet Propulsion Laboratory (JPL) in Pasadena, California.

‘OnSight gives our rover scientists the ability to walk around and explore Mars right from their offices,’ said Dave Lavery, program executive for the Mars Science Laboratory mission at Nasa headquarters in Washington.

‘It fundamentally changes our perception of Mars, and how we understand the Mars environment surrounding the rover.’

Rosetta’s comet interior is FLUFFY and has massive crack down the middle: Monster haul of data reveals 67P’s bizarre secrets as scientists says it is waking up

The shape, evolution and lifespan of comet 67P-Churyumov/Gerasimenko have been revealed in a series of groundbreaking papers.

Using data from the Rosetta spacecraft, which is in orbit around the comet, scientists have revealed that the comet’s interior is ‘fluffy’.

Among the other discoveries they found that the comet’s neck may have been ‘eaten away’ over time, rather than being the result of two smaller bodies merging together. Several papers detailing the latest findings, and co-authored by University of Maryland scientists, will appear in a special issue of the journal Science tomorrow.

From the data, Dr Holger Sierks from the Max Planck Institute for Solar System Research told MailOnline that they now had a greater understanding of the comet’s interior.

He said the interior is now thought to be analogous to ‘ash, cigarette ash or super-dry powder snow.’

One of the papers used images from Rosetta’s Osiris (Optical, Spectroscopic, and Infrared Remote Imaging System) camera to analyse the structure of the comet.

They found that most of the ‘outgassing’ activity of the comet was occurring at the neck, which connects the two larger lobes and gives it its ‘rubber duck’ appearance.

It raises questions as to whether the comet is a combination of two smaller bodies, or began as one larger one that shrank around the middle, like an apple beating eaten around its core.

Are we done yet with the ‘extraterrestrial’ language?
It’s very simple … a combination of symbols from different ancient languages combined with alchemy and rune.
VOILA and you have a so-called E.T. language.

Say goodbye to the old world and welcome yourself in the new world.
Illusions with an awareness is what you will know, illusions which are programmed with the information in thought and behavior copied from… todays INTERNET!

Microsoft has unveiled ‘HoloLens’ – a standalone wireless helmet which creates holographic illusions in the wearer’s field of view.

Unlike the Oculus Rift and other virtual reality devices, the HoloLens creates augmented reality, allowing users to interact with virtual objects that live in their actual surroundings.

Microsoft launched the hardware at an event outlining more details of Windows 10, its forthcoming operating system. It hopes HoloLens will help entice developers to code for the new software, which is out later this year.

Industry experts who tried the headset were cautiously optimistic for HoloLens’ use in certain scenarios. “It is clear that this new immersive form of augmented reality could make a powerful and compelling gaming platform as well as an efficient collaborative tool for commercial deployments,” said Pier Harding-Rolls, a gaming analyst at IHS.

“However, we do not believe that a consumer offer for HoloLens is…. Read more

A high-tech. future with prehistoric devises…you are already living it!

The drug of the future; SOUND-WAVES!

Who can see the ‘cross of Loraine’ including the ‘four horsemen of the Apocalypse ‘ in this painting?

This painting does not show murder without meaning…this painting tells us the biblical version of how God’s hand strikes down on mankind to prevent mankind from acting like beasts.
In fact and this sounds pretty strange, this painting is talking about ‘peace’ instead of war.

Every period in time knows its conquerors and duped what, in the case of the knights Templar’s, did not had much to do with religion but with maintaining and guarding a powerful knowledge.A knowledge about ancient technology what today is refined into a controlling factor. Therefore the issue should not be who killed who but ‘why’.

Do you want to know what ‘really’ happened with the ancient knowledge of the Knight Templar’s?

Our mind in a controlled quantum Euclidean space?: 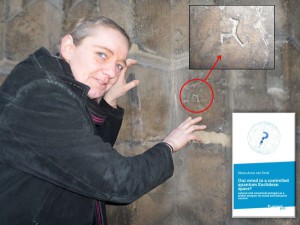 Maybe I run too quickly through the fabric of this matter, but those who know the real truth concerning the sordid affairs and complexity of the secrets of WWII, banking, the Templar’s and so on are hidden will understand more that I wrote in words.

People, do you really see what is going on the world at the moment?

Look at the world and the behaviors of the people in it … look at France and the so-called world leaders.
They are forming a front against terror, terrorism and plead for freedom … a world without fear.
Think for a moment will you … leaders like the Bushes and Obama spread terror over the world, asteroids are showing up excessive and an alien lifeforms is knocking at our door.
But let’s keep it to their last action we saw in France.

All those ‘world leaders’ came together to make a statement that they are fighting for YOU but that is NOT TRUE!
These maggots have a different agenda … they want to conquer the world under the motto ‘WORLD PEACE’ and you will applause for it meaning that you will think that you did this out of free will.

Look, Bush and Obama bombed the middle east and killed millions with their actions (not to mention 911) … the message was that the middle east was the bad guy and we had to think that is was true.
Many people in the world got sick of how they were eliminate others and turned their backs to the leading way of the government(s).
Now we all know that ‘fear’ is a powerful weapon but they have one more tool in their sleeves to control your thoughts … RELIGION!

So, war with aggression does not work anymore as it did a while back, people are tiered of it and want peace.
Oops shit! … this is what we see happening at the moment, the world leaders are giving you what you want … PEACE what is nothing more than a false hope, an illusion.
The action in France was there for you to see and to fight side by side with the global oppressors and for freeing the path for Obama’s successor.
This man or woman will lead that coveted world peace … what will be the opposite of freedom.
(A happy slave is a slave who think it is free)

Thus let’s take the religions Christianity, Hinduism and Buddhism … let them fight against a common enemy and let them merge.
With this action the global population will be ONE which means that we will start think alike what means that mass-hypnoses will accrue with an out-come of an easy mind- and behavior control of this group.

This was already put in motion some time ago only you did not saw it because of the wars, killing, stupid laws, elections, inflation’s, 911, disappearing of plains and so on … false flag distractions.

And while you were marching together with others trying to led your voice heard and thinking that you understood what was happening, THEY went on with accomplishing their planed events.
You NEVER SAW what was going on because you run into the street screaming that THEY were maggots, that THEY had to go.
Now WHAT was my message to you all in my book ‘The NWO, their thoughts … your life’?
Right … THINK!!!
And what was it that you did not do?
Right … THINKING!!!

While the ‘Superior General of the Society of Jesus’ (also nicknamed of the Black Pope) was telling an enormous amount of people that they had to stand up and to fight for their rights in live.
He even kicked out some creepy ones out … yeah that was what many people wanted to see.
Now all these actions form the resent past are starting to come together under the false hope of ‘world peace’ of being ONE nation.
(…a knowledge which is too big for one men…)
But ONE NATION with one religion (thought) will mean that all the present religions have to be eliminated, meaning that the God or goddess you are praying to at the moment will be banned.

(Are they trying to close The Prophecy of the Popes?)

One nation, one religion, one mind … this means a dictatorship with ON RULER.
Ein Volk, Ein Reich, Ein FUHER!!

World peace? … this is more the path to being imprisoned voluntarily and blindly trapped.

The rising of the REAL dark knight! 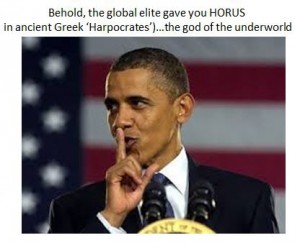