Sound waves may not appear to hold much power, but scientists believe directing them in the right way could allow them to hide objects and even levitate them in the air.

Researchers in the US have developed technology to manipulate sound waves on fixed paths around an acoustic ‘bottle’.

The technique could be used to re-route sound waves around an object making them invisible to sonar detection.

This animation shows the self-bending and obstacle-circumventing capabilities of the acoustic bottle  compared to a conventional  beam (top). Sound energy can be seen flowing through the shell of the bottle

The acoustic bottle could also help in levitation, where sound waves are used to lift and manipulate objects like particles, micro-organisms and drops of water.

Researchers at the Lawrence Berkeley National Laboratory in California developed the acoustic bottle, which is a three dimensional structure made up of high pressure acoustic waves.

These acoustic bottles in open air can bend the paths of sound waves along preplanned paths.

PLASTIC PYRAMID ACTS AS AN INVISIBILITY CLOAK FOR SOUND

It might look like a quirky plastic model of an ancient Egyptian pyramid, but this model is in fact a 3D ‘acoustic cloak’, created using just a few perforated sheets of plastic.

The device reroutes sound waves to create the impression that both the cloak and anything beneath it are not there.

Like the ‘acoustic bottle’, a refined version of the technology could one day be used for sonar avoidance and to refine noise in concert halls.

Engineers from Duke University in North Carolina, claim that unlike other efforts, the acoustic cloaking device works in all three dimensions, no matter which direction the sound is coming from.

The pyramid is constructed using plastic plates with a repeating pattern of holes that are stacked on top of one another. Its design means that sound waves can be manipulated by plastic and air.

The cloak alters the sound waves’ trajectory to match what they would look like had they had reflected off a flat surface.

Since the genetic code was deciphered in the 1960s, researchers have assumed that it was used exclusively to write information about proteins.

But biologists have suspected for years that some kind of epigenetic inheritance occurs at the cellular level. The different kinds of cells in our bodies provide an example. Skin cells and brain cells have different forms and functions, despite having exactly the same DNA.

NO SUCH THING AS JUNK DNA

The human genome is packed with at least four million gene switches that reside in bits of DNA that once were dismissed as “junk” but it turns out that so-called junk DNA plays critical roles in controlling how cells, organs and other tissues behave. The discovery, considered a major medical and scientific breakthrough, has enormous implications for human health and consciousness because many complex diseases appear to be caused by tiny changes in hundreds of gene switches.

As scientists delved into the “junk” — parts of the DNA that are not actual genes containing instructions for proteins — they discovered a complex system that controls genes. At least 80 percent of this DNA is active and needed. Another 15-17 percent has higher functions scientists are still decoding.

Recent findings in the journal Science may have big implications for how medical experts use the genomes of patients to interpret and diagnose diseases, researchers said.

The genetic code uses a 64-letter alphabet called codons. Dr Stamatoyannopoulos with co-authors were stunned to discover that some codons, which they called duons, can have two meanings. One describes how proteins are made, and the other instructs the cell on how genes are controlled.

The newfound genetic code within deoxyribonucleic acid, the hereditary material that exists in nearly every cell of the body, was written right on top of the DNA code scientists had already cracked.

Rather than concerning itself with proteins, this one instructs the cells on how genes are controlled.

Its discovery means DNA changes, or mutations that come with age or in response to vibrational changes within the DNA, may be doing more than what scientists previously thought.

“For over 40 years we have assumed that DNA changes affecting the genetic code solely impact how proteins are made,” said lead author John Stamatoyannopoulos, University of Washington associate professor of genome sciences and of medicine.

“Now we know that this basic assumption about reading the human genome missed half of the picture,” he said.

The New World Order (you know as banker families, the Government) we are ALL going to live is almost achieved!
We are fighting on a daily base against a system which based and controlled by an illusion what is called money.
(think of the taxes you pay, your mortgage and even for the rain what is falling in your garden)

This system is what we are going to reject and a new system will take its place, a system what we are going to demand and create by ourselves.
A system what will be controlled with free energy stolen from your photon energy and will charge the Bluetooth towers we now know as GWEN-towers.
Every low energy devise will be charged and connected in this system we will embark voluntarily.

Remember,YOU are a low energy devise!

(Electromagnetic energies based on natural vibrations of the Earth and controlled by refined technology…technology what is kept from the global population by means of silence and mocking it.) 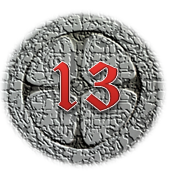 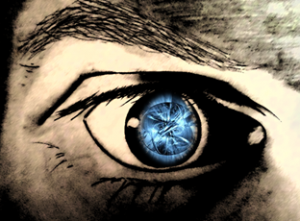 I’m working on writing a fourth novel which tells you the history of the human race in a slightly different way.
Could it be a plausible theory, a fact or is it just a science fiction story of Einsteins ‘spooky action on a distance’ theory.
Will we ever know about our true origin?

The following text is a phrase of my fourth novel which I hope to publish in 2016;

Read the first lines of my fourth novel