It’s here to control your emotions thus your thoughts and behavior. You will pay for the free energy you produce with your own mind and body…and you will beg for it!

Never underestimate the crazy ideas of our oppressors, they want us to be ELF addicts!

A Netherlands-based company created Homey (pictured) to be compatible with almost any wirelessly controlled household appliances and devices. The smart orb uses Wi-Fi, Bluetooth and different infrared communication standards to ‘talk to’ devices and is controlled by voice commands. It can turn lights and music on and off, control a thermostat, curtains and an oven by listening to commands, or via an app (inset). Is this the future of virtual reality? Concept for Facebook headset reveals slick curved screen and gesture sensors

The slick concept is the first glimpse at what the final version of Facebook’s Oculus rift VR headset could look like. End of the chatty cabbie? Uber plans to eventually replace all its drivers with self-driving cars

Following news of Google’s self-driving cars, Uber CEO Travis Kalanick said at a conference in California its drivers could one day be replaced by autonomous vehicles. 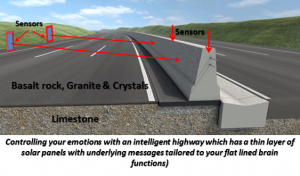 Is Apple copying Motorola? iWatch will have a round face and look almost identical to the Moto 360, analyst claims

Can somebody explain to me why the military is using planes and bombs when sound or a low EMF has more results?

Probably because the scientists of those secret DUMB’s don’t want you to understand what they are doing including that you are not allowed to understand that these kind of video’s are a hoax.

This amazing video was uploaded by Section 51 a YoutTube user, it shows below what is suppose to be a giant “alien” creature. This video was shot in the desert of New Mexico (Durango area). US army sent Air Force to eliminate the threat.  The camera pans out and shows 2 US soldiers on the ground watching a Jellyfish like object. The plane flies over the object and drops a bomb on it. I am not sure what to make ofthis video. What do you guys think this is?

See the article for the video

Just type ‘Tesla’ at the search button and discover why they want you to be a controlled cyborg!
[Top] 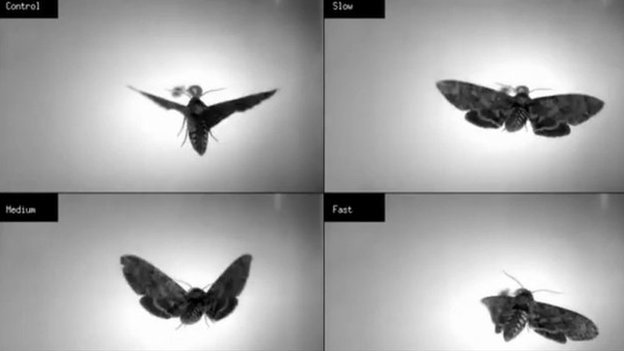 Nature is inspiring the design of the next generation of drones, or flying robots, that could eventually be used for everything from military surveillance to search and rescue.

In the journal Bioinspiration and Biomimetics, 14 research teams reveal their latest experimental drones.

They include a robot with bird-like grasping appendages, and some that form a robo-swarm or flock.

The developments are inspired by birds, bats, insects and even flying snakes.

Aerial robotics expert Prof David Lentink, from Stanford University in California, says that this sort of bio-inspiration is pushing drone technology forward, because evolution has solved challenges that drone engineers are just beginning to address.

“There is no drone that can avoid a wind turbine,” he told BBC News. “And it is very difficult for drones to fly in urban environments,” where there are vast numbers of obstacles to navigate, and turbulent airflow to cope with. 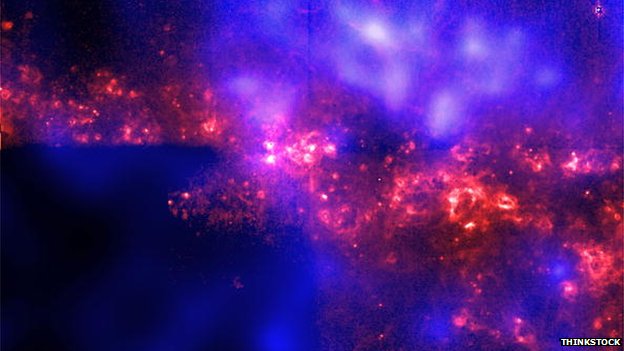 Physicists have uncovered a surprisingly straightforward strategy for turning light into matter.

The design, published in Nature Photonics, adapts technology used in fusion research and can be implemented at existing facilities in the UK.

Several locations could now enter a race to convert photons into positrons and electrons for the very first time.

This would prove an 80-year-old theory by Breit and Wheeler, who themselves thought physical proof was impossible.

Now, according to researchers from Imperial College London, that proof is within reach.

Prof Steven Rose and his PhD student, Oliver Pike, told the BBC it could happen within a year.

“With a good experimental team, it should be quite doable,” said Mr Pike.

If the experiment comes to fruition, it will be the final piece in a puzzle that began in 1905, when Einstein accounted for the photoelectric effect with his model of light as a particle.

Several other basic interactions between matter and light have been described and subsequently proved by experiment, including Dirac’s 1930 proposal that an electron and its antimatter counterpart, a positron, could be annihilated upon collision to produce two photons.

Some days ago Hong Kong-based Deep Knowledge Ventures appointed for the first time everArtificial Intelligence (A.I.) as an official and equal board member.

Yep! Not a joke! You´re not in Star Treck nor experiencing another sequel of Terminator or an encounter with Optimus Prime and Megatron of The Transformers.

Although robotics and A.I. are already popular in manufacturing, finances, and the military, this marketing stunt makes you wonder, how and when A.I. will further develop and become more and more part of our lives. Scary? Exciting? Both?

In this case A.I. is a sophisticated machine learning program capable of making investment recommendations in the life science sector dubbed VITAL (Validating Investment Tool for Advancing Life Sciences). It basically uses machine learning to analyze financing trends in databases of life science companies and predict successful investments. Aging Analytics, a UK research agency providing life science market, licensed VITAL to Deep Knowledge Ventures. VITAL will report its findings to the board. In addition, it will have an own equal vote in the company´s board when making important investment decisions. The company expects that its opinion will be considered as the most relevant one.

In a press release Deep Knowledge´s senior partner Dmitry Kaminskiy expressed: “The variables involved in the long-term success of a biotechnology company are many and complex. We were attracted to a software tool that could in large part automate due diligence and use historical data-sets to uncover trends that are not immediately obvious to humans surveying top-line data. We plan to incorporate new information from prospective investments into the databases to compare the outcomes against our selected investments.”

So, that sounds more like an algorithm-based software which can quickly and accurately analyze huge quantities of data to identify trends and calculate various business scenarios and options. Aging Analytics claims that its long term goal is to develop VITAL to a point where it can operate “autonomously.” That´s why already now it acts as board member. Fortunately, lacking human intuition and emotions… at least for the time being.

Welcome in a controlled quantum Euclidean space, a closed society monitored by androids and life-nauts.

Would you take orders from a ROBOT? An artificial intelligence becomes the world’s first company director

What a FAN-tastic idea! Smart fan follows you around the room and turns itself off when you leave

Doesn’t get more metal than this: World’s only robot rock band takes the stage at international android exhibition in Moscow

Virtual reality for CHICKENS: Researchers develop concept to fool battery birds into thinking they are roaming free in a field

There is an ancient sphinx located in the Bucegi Mountains of Romania and near the border of Transylvania.

Sphinx of the Bucegi Mountains

It is claimed by author Peter Moon that in 2003, the Pentagon discovered, through the use of state-of-the-art satellite technology, an anomaly within the Bucegi Mountains. The Pentagon was able to secure an alliance with the most secret department of the Romanian Intelligence Service which is known as Department Zero.

The Romanians and the Americans used a Pentagon secret technology to penetrate a chamber inside of the mountain had been inaccessible to humans. There they discovered a holographic Hall of Records left by an advanced civilization near three mysterious tunnels leading into the Inner Earth. Peter Moon was brought into the fold through his Romanian Publisher who just happens to be the publisher of this remarkable story.